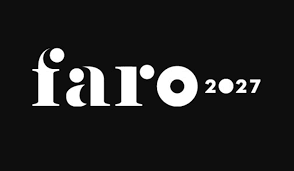 ECOC is the acronym for European Capital of Culture, an initiative of the European Union that aims to value the richness of European culture based on diversity but also on common characteristics.

For the period of 1 year, the cities named European Capitals of Culture make Europe and the world aware of their creative and cultural potential, in the development of the territory, fostering the feeling of belonging of European citizens to a space that is common to them.

The Faro2027 Team is designing and developing a strategy that aims to create conditions for the city to present itself as a contender for the European Capital of Culture in 2027. The strategy will designed to involve citizens and stakeholders who value and celebrate diversity as a source of cultural wealth.

OTB Europe is excited to see the results of the planning to take place and looking forward to fruitful collaboration opportunities in the future.

More information can be found on the initiative website – https://www.faro2027.eu/